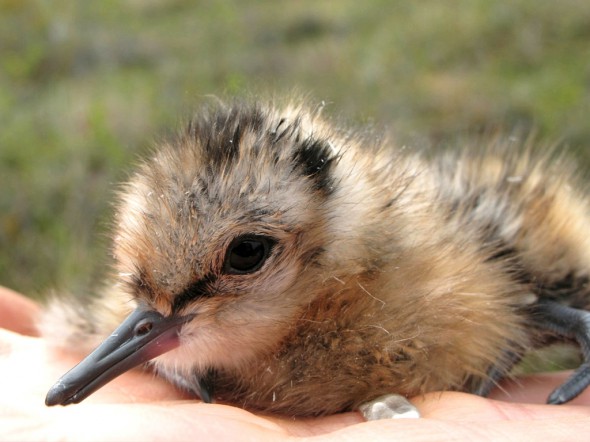 Hudsonian Godwit (HUGO) chicks are now hatching here in Beluga, Alaska, the research site of field biologist Nate Senner. They are incredibly cute balls of fuzz with long legs! Nate and his team are banding the chicks in hopes of identifying them later as adults. After hatching, the chicks become mobile very quickly as they forage for insects to grow and build strength for beginning their migration to South America in August. 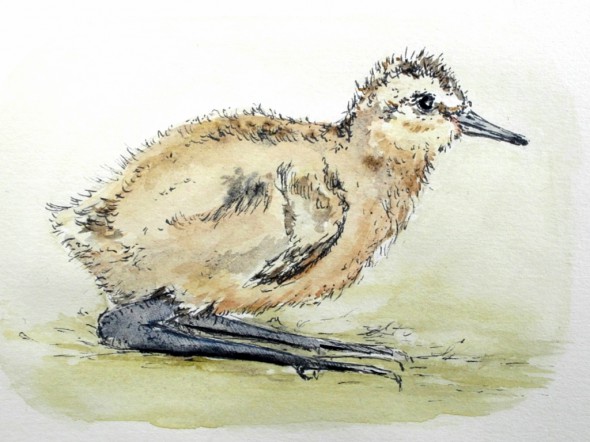 Witnessing the chicks highlights the HUGO life cycle for me, and illuminates the bigger picture impacts of climate change and environmental degradation for long-distance migratory birds. The birds survival depends on reliable food sources, and they travel to the arctic and subarctic regions in the summer for the incredible insect population boom that happens nearly overnight as temperatures warm and the sun shines around the clock. HUGOs time their migration to coincide with the insects, so that chicks hatch in sync with peak of ground dwelling insects. It’s been remarkable here in Beluga to observe this synergy. In the past few days as eggs are hatching, I’ve noticed a marked increase in bugs, including (unfortunately) mosquitoes! Nate is taking a more rigorous approach to monitoring the insect population, with a number of traps that are checked daily. 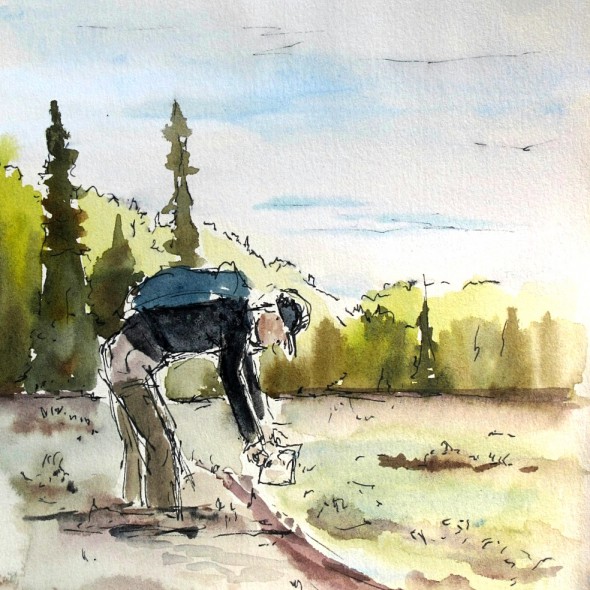 As regional temperatures and climate patterns change, the insect population peaks are shifting. This can have dire consequences for birds. Nate is studying two populations of HUGOs, one here in Alaska, as well as a population in Churchill, Canada. The HUGOs in Canada are not adapting well to the changing insect patterns, and Nate has observed a dismal chick survival rate of 2%, due largely to starvation. The Alaskan based HUGOs have more reliable migration cues and are shifting to match the insects timing, but they also face other substantial threats, like habitat degradation. Beluga is base for natural gas drilling, and a proposed coal mine would place storage and transport infrastructure directly in breeding and feeding grounds. (learn more here) 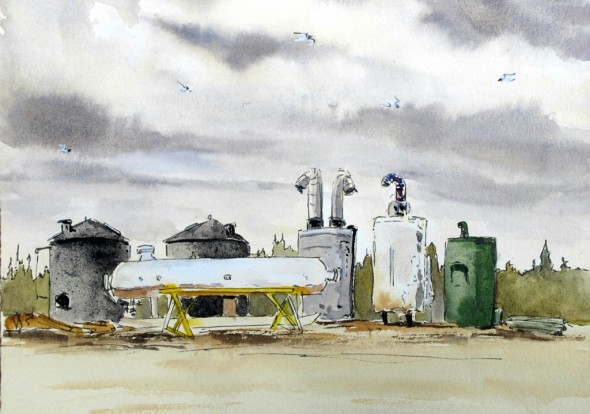 There’s much more to these subjects than I can get into today, but I have come to appreciate HUGOs as ambassadors for climate change and environmental protection as their migration connects communities across continents. Through my Expeditionary Art, I aim to help illustrate the HUGOs story to inspire environmental awareness. Stay tuned as the project develops! I leave Beluga today for Anchorage and will soon be home in Seattle. I want to thank Nate and his wonderful team for their good humor and support and looking forward to working soon in my studio! 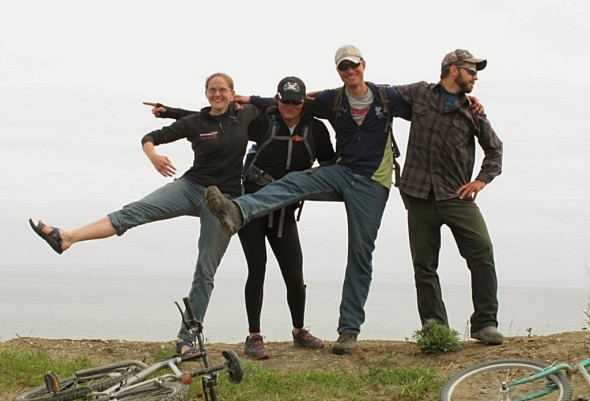 This is the sixth and final post in a series of updates from the field. If you’re new, start at the beginning! Everyone else, thanks for following.