I have had a few days now in Beluga, Alaska with field biologist Nate Senner and his team. It’s a great crew and I’m starting to settle in! Our field camp is a small cabin owned by a couple who are two of the 21 full time residents of Beluga. Everyone else comes in on rotation to work at the natural gas refinery which powers much of region. 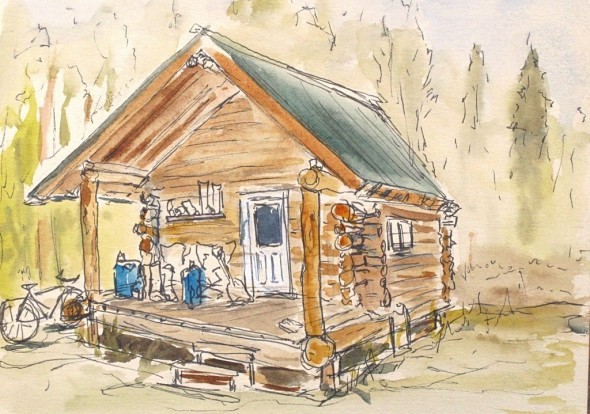 Beluga is located along Cook Inlet, which has the second largest tides in the world. The interchange of water creates massive mudflats, which are prime feeding zones for migratory birds. 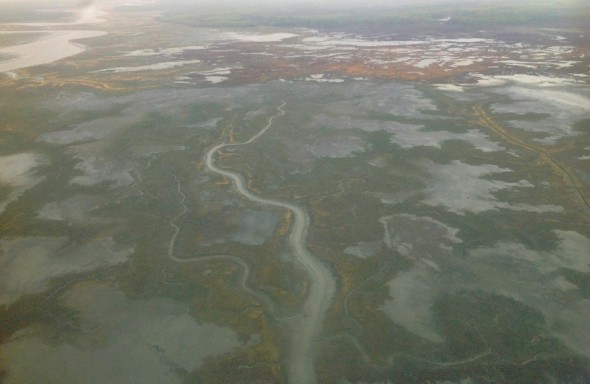 The majority of our time is spent at a nearby peat bog, a popular nesting spot for birds, including Hudsonian Godwits (HUGOs), the focus of Nate’s research.

The bog is close to the tidal mud flats and provides a relatively safe site for incubating and hatching eggs. My first day at the bog, I was thrilled to also see my favorite Arctic Terns who I last encountered in NE Greenland in 2010. It’s like seeing old friends!

HUGOs, like terns, are long distance migrators, and travel between the arctic/sub-arctic and the tip of South America. I’m here to learn more about their story; how they create clear connections between far reaches of the world and illustrating the need for cooperative and cross-cultural environmental protection. 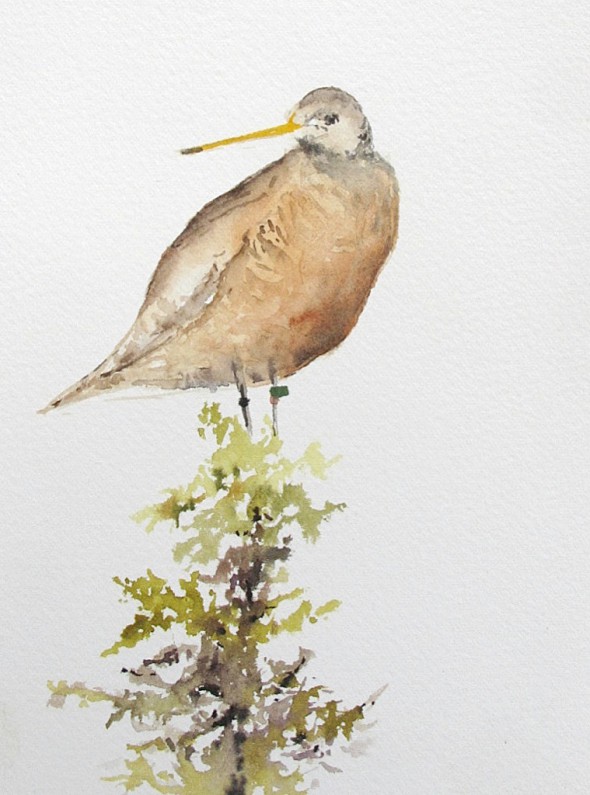 This is the second in a series of posts from the field. Read the next one or start at the beginning!

I’m featured in an article in the PNAS and am completing new sketches.

Sketches and observations of research tools.