Field biologist Nate Senner and his team have to catch Hudsonian Godwits (HUGOs) in order to study and track them. Once they have GPS coordinates for nests, they can return later with their field kit which consists of two components: a set of poles with a net, and a banding kit. 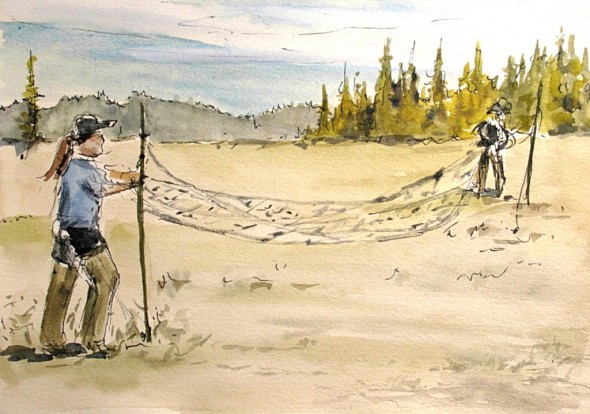 The net is durable with wide squares and measures about 36 feet long by 12 feet high. It’s stretched between two poles and slowly walked and draped over the nesting HUGOs, which sit very still throughout the process.

When the bird is finally startled into flight, it is very quickly caught and untangled from the net. I was surprised by the birds’ overall docile demeanor.

Next step is to unpack the banding kit. It consist of pliers and glue for applying/retrieving ankle bracelet tags, tools for measuring (calipers, a ruler, scale), and finally some swabs and vials for taking a small blood sample and a feather.

Each bird first receives a uniquely coded US Fish and Wildlife Service silver metal band, a colored band (green in this case), and a flag with a two or three character code. Next the bird’s bills, feet, wing, and tail are measured, and its overall mass is also recorded. Finally, the tissue samples are taken. I was surprised by how quiet the bird remained while being handled, and also impressed by how efficiently the field biologists worked. 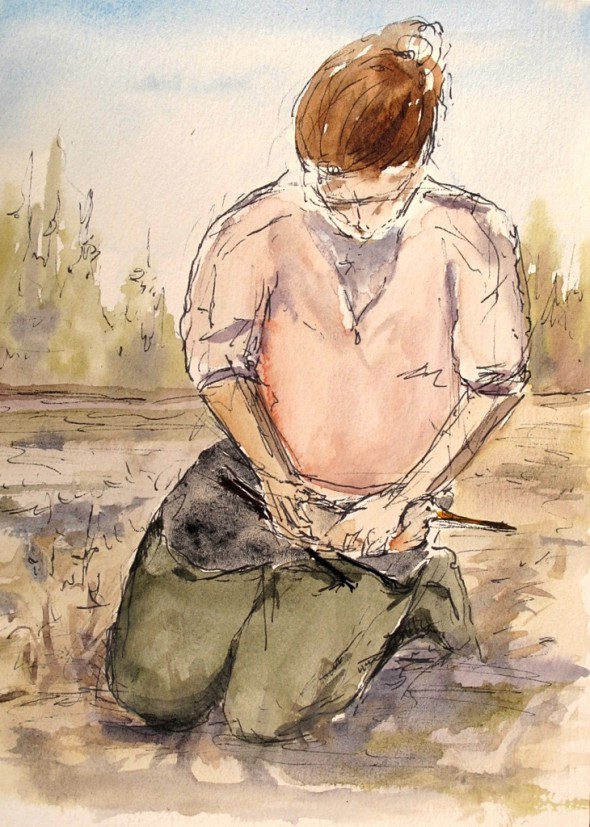 Before too long, the bird is gently released and it flies off in a flurry of scolding calls. Coming up: a big picture look at why this all matters! 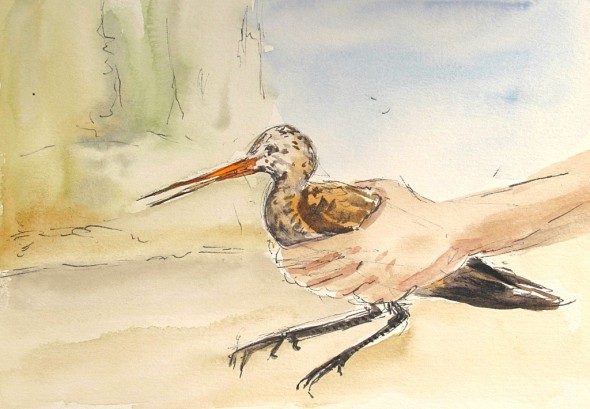 This is the fifth in a series of posts from the field. Read the next one or start at the beginning!