The southernmost continent of Antarctica is the coldest, driest, and windiest place on earth.
Over 98% percent of the continent is covered by the Antarctic Icesheet which averages over 1 mile thick and  encompasses 75% of the world’s fresh water. Ice further extends along the coast from glaciers and sea ice. The Antarctic Peninsula, the northernmost region of the continent reaching above the Antarctic Circle to 63 degrees south, is experiencing dramatic warming. Since records began in the 1950s, the mean annual air temperature has increased nearly 5 degrees F. This climate change has accelerated glacier flow and melt as well as contributed to the collapse of ice shelves such as the Larson B (size of Rhode Island) in 2002 and Wilkins (size of Vermont) in 2010. The specialized flora and fauna of the Peninsulas are impacted by the changing landscape, and on a global scale melting ice contributes to sea level rise. 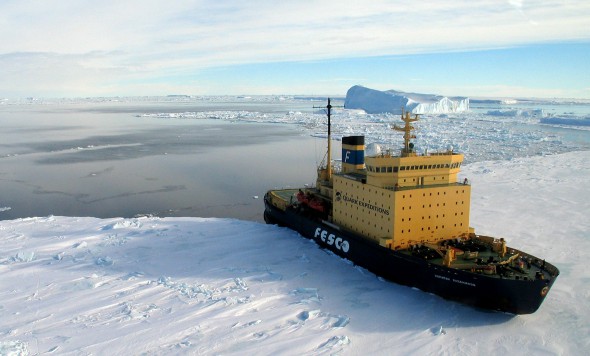 I traveled twice to Antarctica as Theme Media sponsored artist-in-residence with adventure company Quark Expeditions. In 2006 I joined the Kapitan Khlebnikov Icebreaker to visit the Snow Hill Island Emperor Penguin colony and in 2008 I traveled from the southern tip of Argentina to the Falkland Islands, South Georgia, as well as along the Peninsula.

The scale and diversity of icebergs captivates me and I have developed a series of studio watercolors to contrast the warming Peninsula with the sculpted, frozen forms. 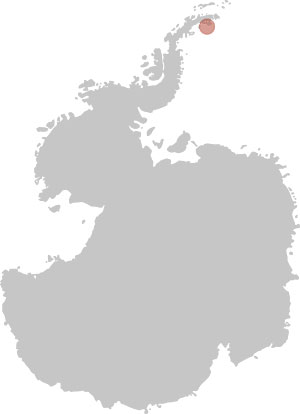 Final explorations from the Southern Ocean.

Field paintings and update from the Antarctic Peninsula.

Sketches and paintings for the Southern Patagonia coast.

I’m in South America on my way to Antarctica.

December 1st was Antarctica Day, celebrating the anniversary of the signing of the Antarctic Treaty in 1959.

Details about my father’s polar research and current work with NASA’s Icebridge project.